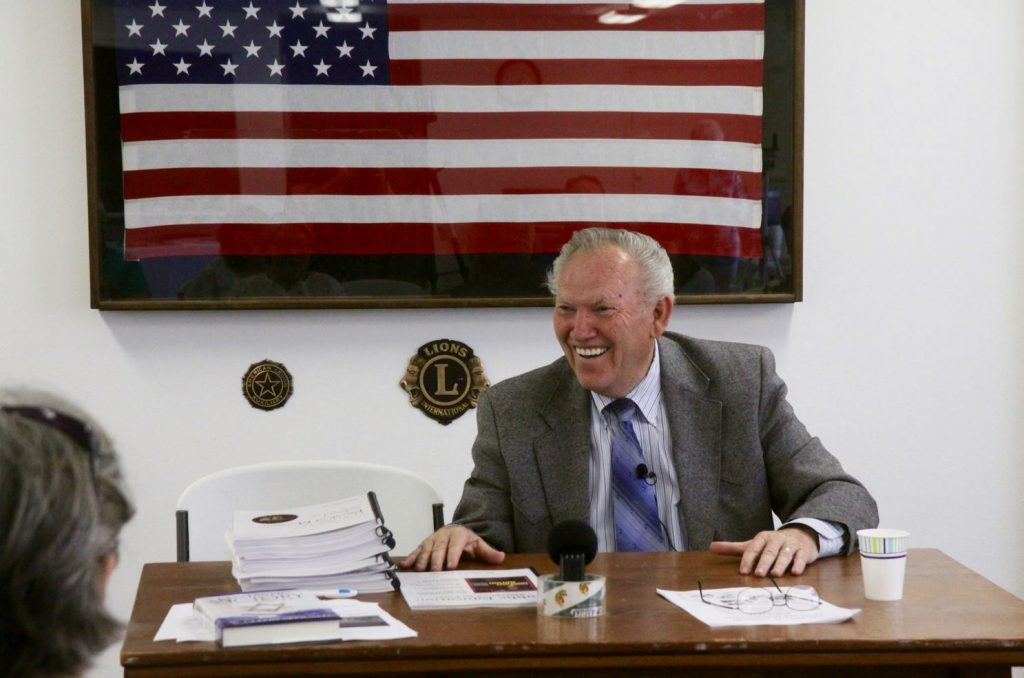 Glenn J. Kimber was born and raised in northern Utah. After graduating from High School he attended Weber State College. In 1965 he married Julianne Skousen and shortly thereafter he joined the Air Force where he served for 4 years, including one tour of duty to Vietnam.

After serving in Vietnam, Dr. Kimber graduated from Brigham Young University in 1971 with a Bachelor of Science degree in Accounting Business Management. Shortly thereafter, Dr. Kimber began to travel with Dr. W. Cleon Skousen, promoting the restoration the Constitution in the tradition of the Founding Fathers. Together they established an educational foundation called the Freemen Institute, which was organized for the purpose of teaching American History and Constitutional studies. During the next number of years, Dr. Kimber presented patriotic seminars and conferences in all 50 states and in a number of foreign countries.

Dr. Kimber has testified before a number of legislative committees in several states pertaining to Constitutional and educational issues. He has also been a guest on a number of radio and television talk shows.

He is the president of five non-profits dedicated to perpetuating an education on the Constitution and American History from the perspective of the Founding Fathers.

Glenn’s claim to fame is that President Ezra Taft Benson made him drive across the Slat Lake valley to teach him how to use his new VCR.

Dr. Kimber and his wife currently reside in Cedar City, Utah and are the parents of 8 children, grandparents of 30.